Software has to be tested to ensure that it provides users with the added value they seek from the use of computer in their daily lives, be it for work or leisure. Software testing was usually executed only on personal computers (i.e. desktops or laptops). With the advent of smart phones, the requirement for testing apps extended to mobiles as well. Similarly, with higher internet speeds, web apps became more common, especially with data being moved to the cloud rather than held at a corporate server. This led to new testing platforms: mobile app testing and web app testing. While the overall testing strategies and objectives remain the same, the methodologies, tools and what to test changes immensely.

When testing web and mobile apps, a lot variation in their platforms have to be kept in mind. Web apps are towards web-browsers. The operating systems plays a role but doesn’t affect the overall functionality for most web applications. However, the operating system of a mobile phone changes the application frameworks completely and testing has to be done very differently.

With web app testing, processing is split at the server and client side. This means that the processing power, RAM, etc. of the client does not affect the application as significantly as the changes in hardware of a mobile does. With a multitude of hardware components by different manufacturers in various handsets, mobile app testing has a larger set of challenges in comparison to web apps.

Combinations of the operating system, hardware and software features of a mobile phone lead to a very different testing tactics than with web apps. The complexity is further enhanced by the way users interact with their mobile phones and how apps are handled. For example, a mobile application has to resume its state after being interrupted with a call. Such considerations are not present for web app testing, which usually runs within one browser window – with interruptions being generation from within the application only.

Network connectivity with mobile apps is not as consistent than with web applications. This is another dimension mobile app testing has to account for. Since mobiles are…mobile, the connection strength varies. This variation leads to different speeds of data being received and sent, which has to be managed by the mobile app and tested. With a web app, data is usually sent through a consistent LAN or Wi-Fi network and connectivity issues are fewer. Mobile apps even have to be tested when connections are changed, e.g. from Wi-Fi to 4G when moving out of range of a router.

Hardware is limited on a mobile. Applications running on a mobile are already using up most of the available RAM and CPU time. While flagship phones have specifications that can be compared to some budget PCs, the majority of mobile users would be using with hardware specs that are mediocre. By having testing tools running alongside application in these phones, bottlenecks are expected to occur and testing results may not be exact in comparison to when apps are used in practical scenarios. Such considerations are not present with web app testing, which usually has access to larger amounts of RAM and CPU power.

UI plays and essential role in any application. A limitation with mobiles are that their screen size is fixed. While multiple aspect ratios and screen resolutions exist, they are all similar and pre-defined. With web applications, browser windows may be resized to any aspect ratio and any dimensions. Therefore, a higher level of testing is required with web applications with respect to screen size than with mobile apps. On the other hand, many mobiles have very specific features that need specific tests, for example, GPS, finger print sensor, etc. Such considerations are, again, absent with web app testing. 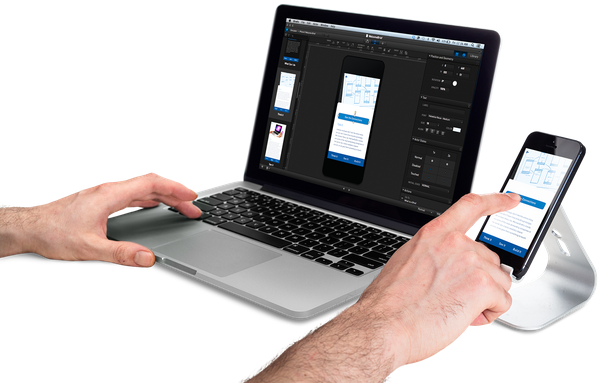 One way to go about testing mobile apps with all the different variations while having additional processing power for the testing tools is through the use of emulators. Emulators are virtual environments running inside a computer, acting like a mobile and interfacing with the application code in a similar fashion. However, “similar” lacks true representation of the physical hardware and testing on a real device is important. Aspects of application that are generic in nature and not dependent of the hardware configuration of a mobile can, however, be tested effectively with emulators.

In conclusion, the differences in mobile app testing and web app testing arise mainly due to the additional levels of complexity in the testing parameters that mobile apps introduce, including the variety of hardware configurations, operating system features and computing power. Web apps have simpler testing dimensions. Resuming from other applications, battery-use, coping with changing and unreliable connectivity are examples of considerations that mobile app testers have to go through which web app testers are not even bothered about.