The comparison between automated and manual testing has always been a hot topic in the IT and web applications industry. Whether only manual testing is enough for the companies or should they go for automated testing or a combination of both.

Pros and Cons of Manual Testing: 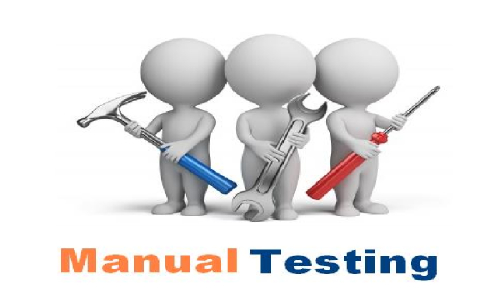 A tester can thoroughly test the operational performance of a software program by comparing actual outcomes with the expected result of a test case.

The tester is able to locate errors and defects in the software.

Another pro of manual testing is that it's always necessary if your company is continually developing and modifying software.

Another Pro is human judgment & intuition - a tester can utilize his or her knowledge and experience to judge whether or not the software is functioning as expected and findreal user issues.

Manual testing is more immediate and convenient - with manual testing you are able to test new ideas or functionality quickly and easily without the time and effort involvedin setting up a test script.

The cost is lower when using just a manual testing resource.

A major con of manual testing is that it takes a lot of time. It takes longer for a tester to manually carry out dozens of test cases.

Manual testing can also be inconsistent as the tester rarely performs the exact same process each time, instead they run a test-case.

Pros and Cons of Automated testing 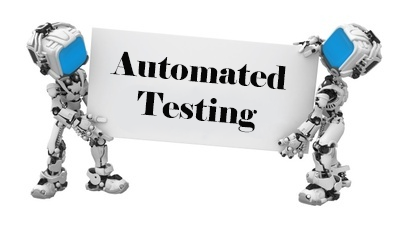 the major benefit of automation is that it's fast, an automated tool can execute a test or test suite at a much greater speed and frequency than a manual tester could possibly perform thus reducing the time required for analysis.

Regression testing can be executed quickly with an automated tool leaving more time for functional and exploratory testing.

Additionally, one more Pro is the potential for more thorough test coverage. An automated tool can be useful for testing with different configurations or platforms as well as more possible inputs for data-driven testing.

Automation is precise and human error is lessened or eliminated. Automated tools do not become bored or miss something in a particular test run and instead will execute tests the exact same way each time.

Finally, automated testing can free up resources for other projects.

A major Con of automated testing is that automated tools are quite expensive. Individual licenses can cost thousands of dollars which is often a huge barrier for companies that want to save money.

Automation only works for stable areas of the application for software which means continually changing automation is a futile effort because the scripts would have to be updated each time and a lot of time must be taken to define which parts of the environment can be automated.

Automation requires a higher skill level for the tester to effectively write good test scripts. The software tester should be properly trained in the tool and proficient in a programming language that the tool uses.

Test automation can provide a false sense of security, for example, tests may pass when they should fail if a requirement or the code has changed and the script is not modified to account for this change then the automated tool may miss something that would constitute a failure.

Comparison and differences between manual and automated testing

Manual testing typically involves the use of test cases to guide a software tester through a step-by-step testing process, by following steps such as manually clicking links inputting values into fields and verifying output. While Automated testing is a method where the testing procedure is performed by an automated tool. These tools perform predefined actions that are defined by a script and then determine whether the actual results meet the expected results.

Manual testing is always going to be a significant part of the software development lifecycle. Automation will work best for areas that do not undergo much alteration.

Under manual testing, a tester can utilize his or her knowledge and experience to judge whether or not the software is functioning as expected and find real user issues. On the other hand, an automated script may pass over and miss something that a tester would notice during manual testing.

The cost involved in manual testing is just the human resource, which is quite lower than automated testing. An automated tool is often very expensive and more so when you're appointing a tester to generate the scripts and maintain the tool.

Manual testing takes a lot of time because the tester has to conduct dozens of test cases manually, while a correctly defined and set up automated tool might perform the same actions in just few minutes.

When should you use Automated Testing?

If you want to decrease the time it takes, for regression testing then automated testing could be very beneficial. Keep in mind that you'll probably have to hire an automation specialist or pull one or more of your testers away from manual testing for a while to setup the tool you can afford. So, if your company may want to opt for a more expensive tool, that provides multiple integration features, automation is worth the cost. And if, based on your analysis, the automated tool can provide a return on investment in terms of reducing the time to market or catching bugs sooner then, automation could be worth the cost.

When Should you use Manual Testing?

Manual test is best used in the cases of exploratory testing, ad-hoc testing and usability testing. In exploratory testing, the main thing is tester's ability to analyze a program critically and his/her creativity. Automated tools can execute the tasks that are programmed into them. They cannot use separate analytical skill to go beneath the problematic area. Similarly, in Usability testing, a tester has to test the user-friendliness level of an application or software, while ad-hoc testing does not follow and specific testing approach. A tester has to use his/her experience and skill level to devise a testing methodology.

When should you use both?

One fact should be clear that automated testing can never fully replace manual testing. It can only be a supplement. There will always be a need for manual testing and this is especially true if software is constantly developed or modified. Uniting the two may be optimal for certain projects by canceling out the others cons and promoting efficiency, flexibility, functionality and quality by using an automated tool to quickly execute a well-covered test suite for a relatively stable part of the software. A greater amount of efficient software testing can be accomplished. This also increases the quality of the software and limits the risks in releasing the software. Each automated tool that helps us to build a robust application has its own pros and cons; and we will not be able to believe the tool 100%. Every tool has its own bottlenecks and that's the reason why in addition to the automated testing, we should also perform manual testing that is going to check system responses, and examine the log files, error messages and error codes etc.