How to prepare for a stress test? 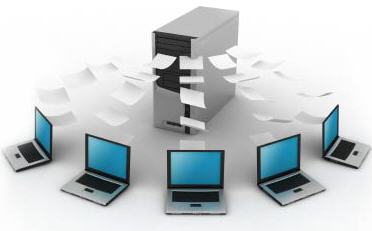 Stress testing is a kind of test that characterizes the system in terms of the sustainability of its operation under conditions that exceed its normal state. Sounds boring? In this article we'll tell you how to prepare for stress testing and much more.

Checking operation in extreme conditions of use for the software for any malfunctions is extremely necessary, as they can lead to serious consequences, both financial and more serious like human lives.

Often, it's not possible to manually create the required load conditions, therefore, refer to:

Another case of stress testing is to test the capacity of the application, the purpose of which is to determine the safety margin of the system. With this type of testing is necessary to consider the current load of queries and transactions, as well as their expected number in the future. As a result of capacity testing, we get a lot of acceptable characteristics in accordance with its requirements in the development process.

How to prepare for a stress test?

Nowadays, with the ever-growing number of Internet users and PC users in general, we seriously face with the task of creating systems capable to work under enormous loads without visible slowdowns and failures.

Any kind of problems associated with poor performance can lead to failure of the customer to use your software, even if it suits them functionally. In this regard, a qualitative stress testing should be mandatory in order to ensure the stability of your applications.

Stress testing and performance testing are automated simulating the work of a certain number of users on any or general (shared among them) resource.

Here are the steps of stress testing:

The preparation stage (see point 1 above) consists of:

In the analysis of the requirements, the focus needs to be done to identify the main criteria for the success of the tests. To do this, you will need to identify the following characteristics:

These specifications will be used as base-loaded points of the application under test. All the results obtained will be compared to them for a decision on the conclusion of the test or future performance profiling.

Analysis of requirements depending on the type of project

It's necessary to consider whether the new startup project is developed or it's a profiling project in operation.

Analysis of the target audience

Communicating directly with users, monitoring their activities helps us to understand more precisely how it will look like to work with the software, which parts of the application are the most critical and require special attention. If the system under test is already in operation, user scenarios and distributed queries throughout the day can be obtained analyzing logs from the application server.

As a result, we get:

Determination of base load profile

Highlighted at the previous step, user groups, business scenarios, system requirements can start to create the load profile - a set of operations and the intensity of their performance for each user group. Knowing the number of users in each group, we will have to distribute them to perform the required operations, while maintaining the necessary intensity.

Depending on the type of test conducted and the objectives pursued by them, we have to develop different load patterns.

It can be different:

The easiest way to carry out the changes by varying the parameters in the base profile and load tool for performance testing (ex, HP LoadRunner, Jmeter).

How to prepare for stress test: Stress Testing Model

By increasing the intensity of the operations above the peak (the maximum allowed) values ​​or increasing the number of users until the load becomes greater than the maximum permissible value, we check that the system is operable under stress. Furthermore, lowering the load to the average values, check (the system's ability to regenerate), that the system is back to normal (basic load characteristics do not exceed the basic).

Strict adherence to all of the above instructions to will allow us to:

Having the ready-designed load model, we can safely move on to the next stage of preparation for the stress testing called the testbed. It will be one more exciting story…