Most of the population of our planet has a mobile device. And this is all potential customers for different companies. Obviously, many companies, for this reason, want to have a mobile application to reach the largest number of potential customers. Therefore, a big role is given to testing these applications and experience shows that more than half of users delete the application if they find even a minor bug in it. For these purposes, a large number of tools have been created that can automate the process of testing mobile applications. Below is a description of the main ones.

Cross - platform tool for automated testing, works in many programming languages. The only requirement is that an HTTP request must be created. Has an easy process of setting up and running tests. The application code does not need to be changed in any way to make testing possible. Works for iOS and Android, on real devices and emulators.

Appium for mobile automation is followed next rules:

Developed by Renas Reda. This platform is released under the Apache 2.0 license. Lets you to check various Android functions. It is possible to test hybrid and native applications. There is also a TestDroid Recorder, which uses JavaScript to generate scripts based on the recording of a manual passage of the script. Also to Robotium it is possible to connect an additional library ExtSolo, which adds the possibility of autoscaling.

Developed by Xamarin and compatible with Cucumber. It is intended for teams that use the BDD workflow (behavior-based development). The tool offers an easy way to develop functions in parallel with their practical testing. Calabash is used by both developers and testers. This site testing automation tool provides comprehensive information and reports for testers and developers.

Another tool for testing a variety of applications for Android with the ability to record user steps. Works great with various emulators and simulators, supports hot-swappable device mode. Active development, companies such as eBay, Facebook, Red Hat and Salesforce regularly add new functionality.

The weakness of the Selendroid is that is slow and on machines with 4GB RAM or less, it will be unusable. 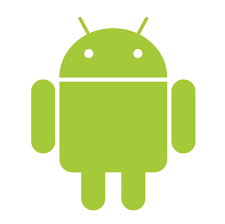 UIAutomator is developed by Google and comes with the Android SDK. UIAutomator is an analog of Apple's UIAutomation tool for testing Android applications. Android SDK provides the following tools to support automated functional testing of the user interface.

As and other tools, UiAutomator has some benefits and weaknesses:

Lets you to perform functional testing of the application by providing an API for device management. MonkeyRunner is more low-level than Robotium, and does not require the use of code in comparison with Robolectric. MonkeyRunner is not limited - with it you can build systems that control android-devices through the UI (and not only). MonkeyRunner uses Jython and scripts or test scripts can be written in Python or written to a user using a recorder. 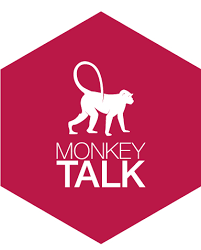 MonkeyTalk is a powerful complete functional testing tool for mobile testing, which serves for writing tests for Android and iOS. This tool is intended for mobile testing only. MonkeyTalk is fairly easy to learn due to detailed guides with explanations and screenshots. Can automate tests for native, mobile, and hybrid iOS and Android apps from simple "smoke tests" to advanced test suites.

And as a result the choice of a tool for automated testing depends first of all on the requirements of the project, and then on everything else. There is no panacea. As well as there is no guarantee that after a while new technologies will not be included in the project, support of which in the already existing tool is not provided, or there will be a rejection of old technologies or both that together, which will require the search for a new tool in addition or To replace the existing one with all the ensuing consequences.