Testers prefer to use test automation because of the repeatability of the tests and the speed at which tests can be executed. Selenium is the most widely-used open source solution. It will help you to learn some effective techniques in building test automation for web apps.

Disciplined documentation of the test cases

For automation testing you may use the selenium testing tool. So, let us start our selenium tutorials. 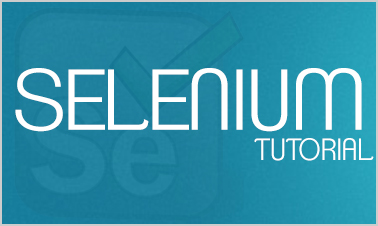 Let us start to learn selenium from its brief history.

Selenium testing tool was created by Jason Huggins, Paul Gross and Jie Tina Wang in 2004. Jason Huggins worked up the Javascript library that could drive interactions with the page, allowing him to rerun tests automatically against multiple browsers. This library became Selenium Core which underlies all the functionality of such selenium programs: Selenium Remote Control (RC) and Selenium IDE. 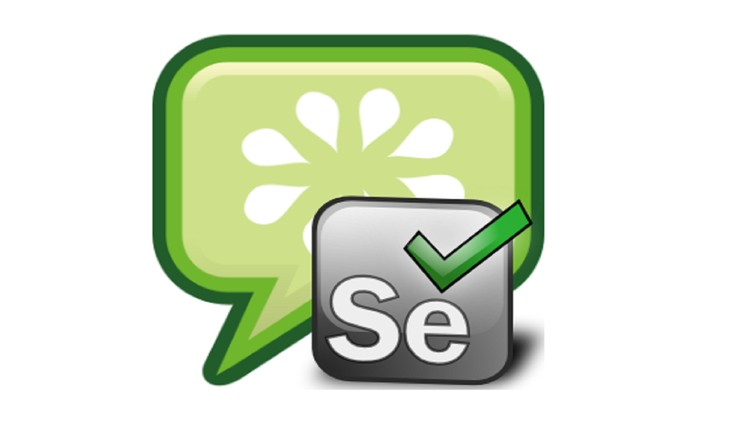 Selenium RC gave you an opportunity to control a browser from a language of your choice and it was groundbreaking. The joining of Selenium and WebDriver was detailed by Simon Stewart. He provided a common set of features. WebDriver addresses some shortcomings in selenium (such as being able to bypass the JS sandbox), as well as selenium addresses some shortcomings in WebDriver (such as supporting a broader range of browsers). 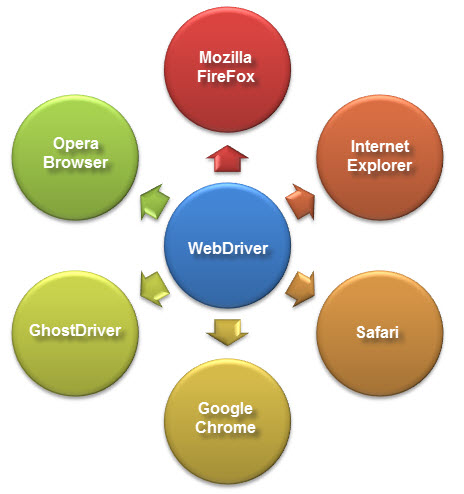 This one is deprecated and is not supported actively (mostly in maintenance mode).

Selenium Integrated Development Environment is considered as a tool for building test scripts. It is a Firefox plugin and ensures an easy-to-use interface to develop automated tests. Selenium IDE has a recording feature, which records user actions as they are performed and then exports them as a reusable script in one of the programming languages that can be carried out later.

It has “Save” feature that gives you an opportunity to keep the tests in a table-based format. But it is neither designed to run your test passes nor to build all the automated tests you will need. Selenium IDE doesn’t provide iteration or conditional statements for test scripts.

Selenium-Grid ensures the Selenium RC solution to scale for large test suites and to test suites that ought to be run in umpteen environments. Selenium Grid gives you an opportunity to run your tests in the same time, that is, various tests can be run at the same time on various remote machines. This tool has two advantages:

If you have a large test suite or a slow-running test suite, you can boost its performance, notedly by using Selenium Grid to split your test suite for running different tests at the same time using those different machines.

In case you ought to run your test suite on multiple environments you can have different remote machines supporting and running your tests simultaneously. In each case Selenium Grid highly amends the time it needs to run your tests by making use of parallel processing.

It has a client-server architecture, and it holds both client and server components.

The WebDriver API, which is used in developing test scripts in order to interact with a page and app elements.

The RemoteWebDriver class, which help to communicate with a remote Selenium server.

A server component in order to get requests from Selenium Client 's Remote WebDriver class.

The WebDriver API is used to run tests against web browsers on a server machine.

Selenium Grid carried out by Selenium Server in command-line options for grid features, including a central hub and nodes for different environments and target browser capabilities.

As we see in our selenium tutorial for beginner Selenium is a suite of multiple software tools.

First of all you should download a jar file. On the downloads page, you will find the name as Selenium server, where you will have a link to download the latest version of selenium. And at Selenium Client & Webdriver Language Bindings you ought to choose the language that you want to use for writing the selenium scripts. The actual version of selenium for WebDriver is 3.3.1.

Be sure you specify the most current version as there must be some enhancements and fixes that should be added or appended. You are able to refer to changelog document for references as well.

The downloaded file name will be selenium-server-standalone.

Nevertheless, the selenium has some limitations. They are the following:

Selenium maintains testing of web based applications only

One cannot test the mobile applications by using Selenium

When it comes to Selenium tests one should follow seven basic steps. These steps apply to any test case and any application under test (in other words AUT).

Navigate to a Web page.

Locate an HTML element on the Web page.

Perform an action on an HTML element.

Anticipate the browser response to the action.

What is the difference between asserting and verifying commands in selenium testing?

Verify command checks whether the certain condition is true or false. For example, any failure during verification will not stop the execution and all the test steps will be executed.

The login form element is identified uniquely by the value of its id attribute.

The login response message paragraph has a generic message class, but is identified uniquely by the value of its id attribute.

Creating an example of the WebDriver Interface

You create an instance of the WebDriver interface using a constructor for a target web browser. The names of these constructors change over web browsers, and invocations of constructors vary over programming languages.

For running the test and to record the results of selenium automation testing you use methods of a test framework for your programming language. There are many available test frameworks, including the frameworks in the so-called XUnit family, which includes:

unittest or pyunit for Python

For some programming languages, test frameworks other than those in the XUnit family are common - for example, the RSpec framework for Ruby. The Sauce Labs Sample Test Framework reports on GitHub contain over 60 examples of test frameworks set up to work with Sauce Labs.

The majority of test frameworks carry out the basic concept of an assertion, a method representing whether a logical condition is held after interaction with an AUT. Test frameworks mostly declare methods whose names begin with the term assert and end with a term for a logical condition, e.g. assert Equals in JUnit. There are various approaches for using exceptions in test frameworks. The SeleniumHQ documentation has more detailed information on using both assertions and verifications in your tests.

Recording of test results can be done in various ways, supported by the test framework or by a logging framework for the programming language, or by both together. Selenium also supports taking screenshots of web browser windows as a helpful additional type of recording. Due to the wide variations in recording technique, this beginning section omits recording, instead of emphasizing a simple approach to apply a test using an assert method. The scripts in Instant Selenium and Appium Tests hold examples of setting up reporting of test results to Sauce Labs, as do the framework scripts in the Sauce Labs Sample Test Frameworks.

The following example runs a test by asserting that the login response message is equal to an expected success message:

For conducting your tests you may use the quit method.

It means that you conclude a test by invoking the quit method on an instance of the WebDriver interface, for example on the driver variable.

The quit method works out a test by disposing of resources, which allows later tests to be run without resources and application state affected by earlier tests. The quit method:

quits the WebDriver server, which interacts with the web browser

releases driver, the variable referencing the unique instance of the WebDriver interface.

The following example includes code for all the steps. The example also defines a Java test class Example, and its main method, so that the code can be run. 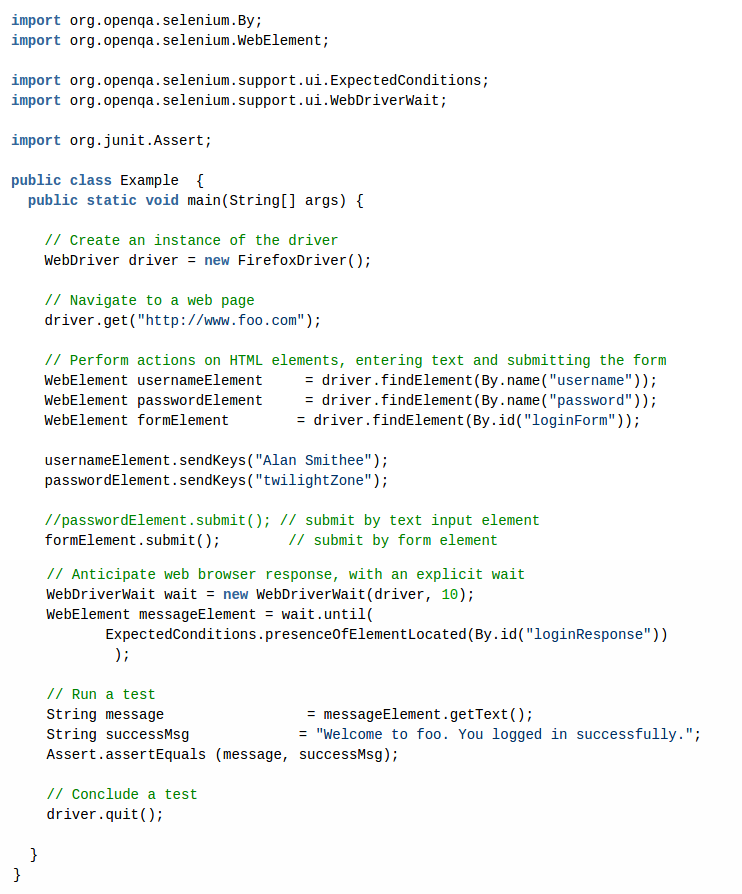 What testing Frameworks can be used along with Selenium?

This is the next question in our selenium testing tutorial.

When selenium program is used we make scripts like Script1, Script2, Script3 and execute the scripts. Sometimes to carry out a target script we must get the test data from XLS file or user. To read the data from XLS file, the process of reading the data from XLS file is referred to as Parameterization. Also, you have to generate the test reports, we should know what happens after executing the script. Is the script Passed or Failed? Also along with the reports you must add logging too. If your script takes much time to execute then you ought to know what has happened at every minute, you need to log each and everything to get an idea what script is doing and also at what instant the script is failed and why.

So we need a centralized controller which will read the test data, execute the test cases, generate reports and also do the logging. Two frameworks are accessible for testing. So that the centralized testing controller are TestNG OR JUnit framework. You can use selenium either with TestNG or with JUnit framework. These frameworks will execute the test scripts. They will read the data from XLS file to generate the reports and do the logging while executing the scripts.

In order to develop Selenium RC or WebDriver scripts, users have to ensure that they have the initial configuration is done. Setting up the environment involves the following steps:

In this software testing help selenium is described as a tool for testing web apps across different browsers and using different programming languages. It must be admitted that WebDriver is faster than Selenium RC because it has simpler architecture. It does not have a built-in command for automatic generation of test results.