On the hunt for the perfect testing tool what do you need? Exploratory testing or automated testing? In automated testing, an ideal testing tool should be able to use generate test cases by scanning and recognizing controls; spotting defects or recording; all while still being business readable. It should be state-of-the-art and should cover your business risk, maintain your test data, design your test-cases, simulate missing systems leverage, and can integrate your other tools. 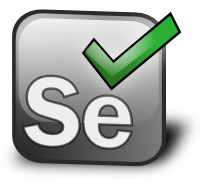 It is an open-sourced automation testing tool, which means it is absolutely free. you can download this software and its related files via internet. It supports multiple languages such as Python, PERL, Java, PHP, Ruby etc. and is compatible with all the types of web browsers, be it Internet Explorer (IE), Google Chrome, Firefox, Opera and Safari. Similarly, Selenium can be operated in all the operating systems. Selenium's main benefits for software automation testing are that tester get the capacity to make intricate test scripts; however, to use it for customized needs, advanced technical and programming expertise are required.

Katalon studio is an automation testing tool which helps you to test your web-based and mobile-based applications. It uses Selenium and ATM libraries and is available both for MAC and Windows. It has an excellent UI from where you can begin to create and manage your test cases and above all this is a free tool, so you can download and use it for free, at any time. One of the major features of Katalon studio is the ease of creation of test cases and is supportable for almost all browsers. It can also collaborate with other tools like JIRA, Jenkins and kit. With this tool you can:

do a record and playback.

Built on Selenium, it offers analytics that helps testers with execution reports and presents results visually in a browser-based dashboard. It is usable without prior programming experience, expanding the audience for its use. 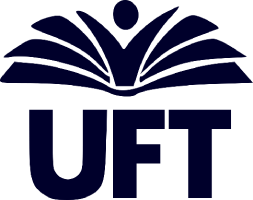 Unified functional testing or more commonly known as UFT is a regression and functional automation testing tool created by HP. It assists both in API testing and Billy testing. Apart from being a functional and regression tool, it also executes reliability testing, performance testing, and compatibility testing. UFT doesn't store its resources in any database but it saves them in a file format on system's hard disk. It is an object-based testing software based on front-end objects and also supports advanced keyword-driven testing approach to create and execute tests. Since it uses Visual Basic Scripts and provides a GUI, it is restricted to Windows; however, these two features make it very easy to use. The ease also comes at a hefty price.

IBM RFT is an object-oriented automation testing tool having the capacities to test Graphical user interface, functionality, and regression of a software/application. This software supports a range of applications including but not limited to: Java, DotNet, web-based, Adobe, Ajax, iSeries, SAP, Siebel and so on. The tool generates automated test cases by recording the user's action on a program and then replaying those actions on demand to execute the test. All the recorded actions are saved in IBM RFT's directory, known as the script. Unique software test automation features of IBM RFT includes Storyboarding testing that records interaction between the application and user on a storyboard along with snaps of each form to visualize how the test went.

Through TestComplete, you can run thousands of test cases in a cloud-based test environment. Like other software, it also has flexible and open-ended structure which makes it easier to create and execute many test cases of any type of application with speed and at lesser cost. This tool supports multiple languages and has the capability to record and replay users' actions without maintaining a script. With GUI and keyword-driven testing environments, TestComplete offers a lot of features at a relatively smaller. It has most features of Katalon Studio and UFT integrated into it.

Eggplant is a unique test automation tool, because it interacts with the system under test exclusively through the UI. Just as a user, this tool would allow you to perform realistic tests faster and with less effort instead of testing against the underlying code of an application. EggPlant uses an entirely non-invasive image based approach, where it searches the screen for image cues before interacting with the application interface. This image based approach allows eggplant to test any technology from html5 to flex to embedded systems on any operating system or device from iPhones to Linux servers and mainframes. EggPlant is quick and easy to learn and requires no development knowledge. Your test scripts will follow the exact use cases or user stories that you're interested in testing making them highly realistic. Eggplant operates under a two-system model which allows it to test non-invasively. EggPlant differentiates itself by using a different approach to testing, i.e. end user driven rather than script-driven. This sets it apart from all the other software test automation tools and allows non-programmers to test applications as well. 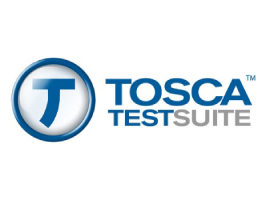 It is one of the most effective automation testing tools to manage various test cases. It reduces cost and time for testing by distributing all the test cases among various computers and networking servers. This testing tool uses model-based test automation and has the capacity to execute comprehensive end-to-end testing. It is powerful enough to remain stable in a dynamic testing environment. Key feature of Tosca is reusability of test assets. This helps team test a large number of cases in the least amount of time.

Ranorex offers unified testing of a large variety of web applications, desktop applications and mobile applications. It also supports a number of third party controls and frameworks. The main features of this testing software are GUI (Graphical User Interface) object recognition and object-based record and replay systems. It records users' action with the applications and then generates user-maintainable scripts for testing.

Ranorex is another software test automation tool built to work with Selenium. It is very comprehensive and includes features from most testing software. 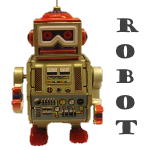 Robot framework was created as part of pekka's Master's thesis in 2005 after that he went on to work for Nokia where he created the framework for a few years and then they actually open sourced it in 2008. What is really great about the robot framework is that it supports a number of test libraries. With Robot Framework, you can also use other external tests libraries to test things like Android, FTP, Appium and MongoDB etc. So, if you work for a large enterprise you need to test things other than web pages and by using this testing tool, you can use the same framework from multiple technologies. This testing tool uses a keyword-driven approach that makes tests really easy to read and create. The tool is really extensible and you can use its API to do all types of integrations. Being a framework, instead of a software, Robot Framework is extendable and can be integrated with Selenium. It also has a keyword-driven software test automation approach, making it similar to UFT, TestComplete, etc. However, it is open-source and completely free.

As evident, all of the above-mentioned automation tools has its own distinctive characteristics, which can help in overcoming the ever-increasing challenges of software automation in future years. Almost all of the software automation tools have capacities to test on continual basis, integrate & manage those tests and then report them for quality assurance. However, we cannot recommend which of these tool is better than the others. Every tool can work better according to its own specifications and context. So, it is highly recommended to test different tools in different test environments to choose as per your own testing needs.