In the times of fierce competition in the mobile applications stores, it's quite hard to find a loyal audience. Price optimization does not always help to drive more traffic. It would be better if you continuously look for ways that will help to convert the maximum number of users.

The essence of the A/B mobile app testing or web application testing is to find out what entry points rather fail to engage the audience. This topic is on the verge of mobile applications' marketing and development and requires constant intervention, except for marketers, designers, and programmers.

When conducting such a test, traffic is divided into several streams: some users see one option (for example, different icons), while others see the second one. What each group sees is accidental. The possibility that consistently brings more conversions should be taken into work, and the others are dropped.

The method involves some conditions:

For statistically significant results, it is desirable to drive not less than one and a half thousand people on each version of the landing page;

Each Landing should fall strictly identical volume of inquiries;

Different versions of the page should be displayed in front of your audience in parallel at one and the same time;

It should be clearly understood what kind of features of the winning landing page gave it a head start so that it is desirable to test a single element in a single pass.

What can you check with A/B testing?

You can test anything you want: the name of the app, its screenshots, and icons, color blocks. Your imagination is the only limit. But try not to overdo with the process. There's no need to test 40 types of icons, pick up the ones you like most as your inner critic will tell you what options are clearly delusional. Moreover, it is wasteful, both regarding money and the too-long testing process.

Can A/B test become a Failure?

A/B testing is often considered a failure because it does not provide statistically significant results. However, this is only one side of the coin.

It's not very pleasant to face a situation when the results of A/B tests are statistically significant, but they do not match what you expected to see. Aim at getting the information that you genuinely need, aimed precisely at those elements of your product, which can increase the competitiveness of the applications and help you achieve specific goals.

How to Conduct a Mobile App Test?

It is important to remember the business goals of your application when determining key parameters that you plan to change using A/B testing. For most applications, the most crucial parameter is the conversion rate of users.

KPI (key performance indicators) is the data showing the success of your application. As a part of A/B testing, a clearly defined KPI will show you what to better focus on in each test.

If you're checking a random number of variants of the pages or the messaging field, your results will likely be too casual and chaotic. Each option that you include in the A/B test should be based on the results of a comprehensive study of the principles of quality and design.

Runkeeper is an application to track the user's activity, which was released back in 2008. In 2013, the developers decided that a change in the start screen will inspire users to monitor how they walk, run, etc. The idea was risky, but it worked: the new graphical menu inspired people to use the product when running and other sports. 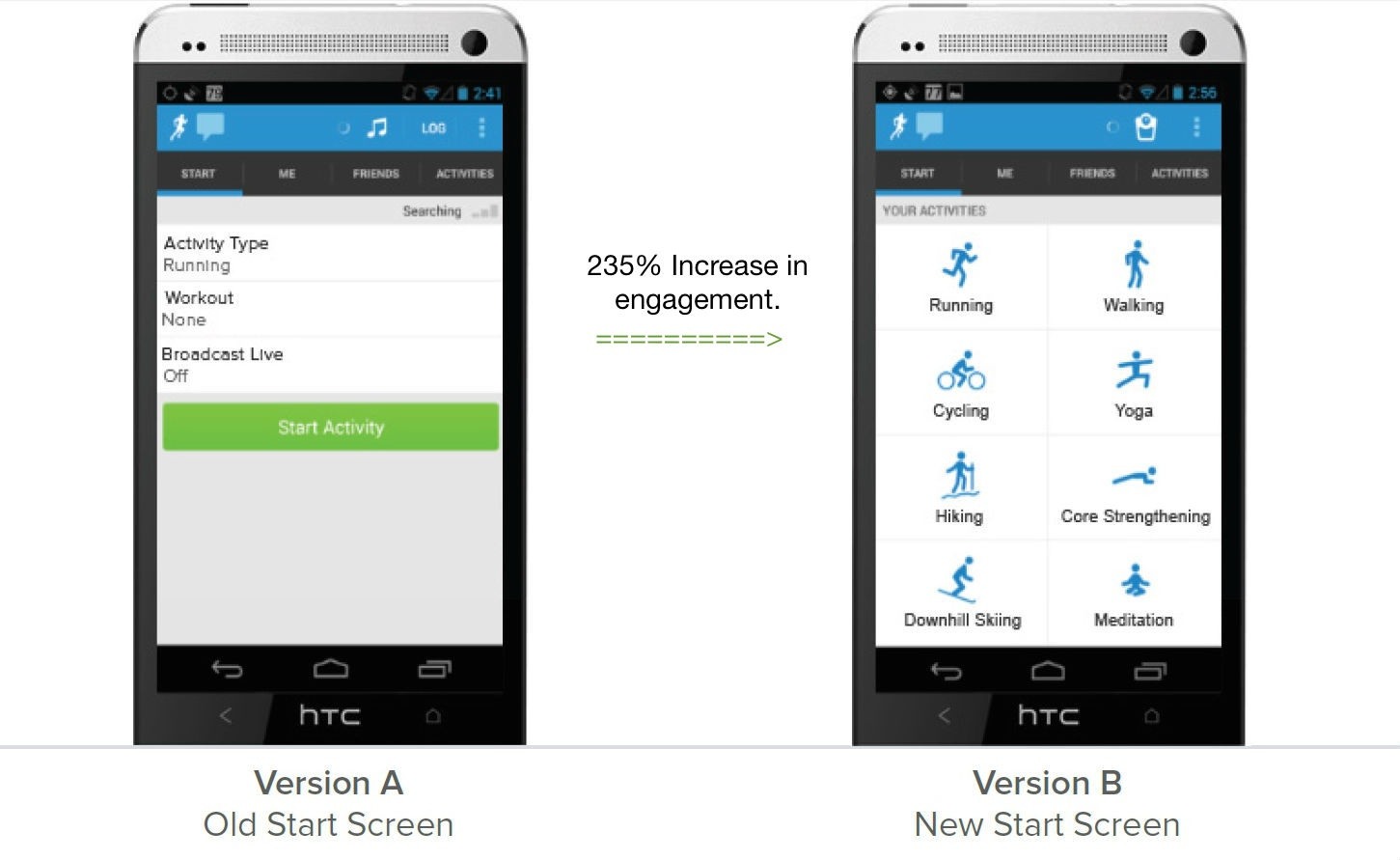 Škoda: experiments with screenshots in the app store

Škoda Company was able to increase the level of their "Little Driver" application download by 50% by a simple rearrangement of screenshots in the app store. Developers have found that the interest of potential members disappeared after about 8 seconds of viewing. They put screenshots illustrating the main advantages of the application in the first place, and buyers appreciated it. 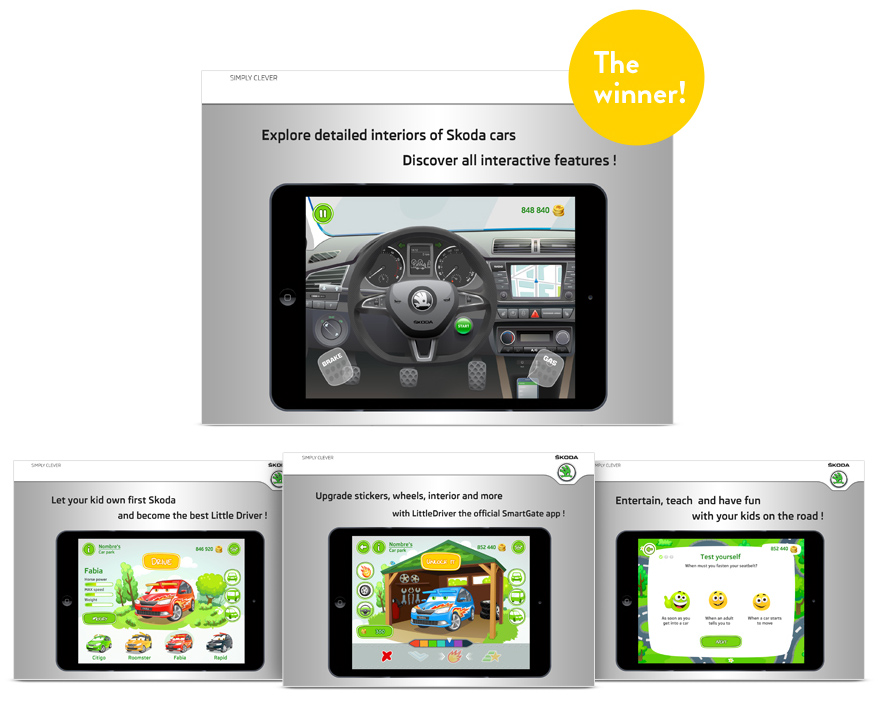 Spreadshirt: the clearer it is, the better it is

Spreadshirt is a retailer specializing in the sale and purchase of original T-shirts and prints. The company decided to increase the number of users of its site and changed the infographic illustrating the mechanism of using this web resource. The new version was clear, and, most importantly, it was concise. As a result, the number of people who clicked on the button "Start selling now" increased by 60.6%!

The main mistake in the A/B testing is blind testing without the appropriate research base. When checking the mobile application, it is essential to clearly understand what people want, rely on the thoughtful design of the product, and continue testing until you get significant results.